Hereward’s Last Stand! – The Fall of Ely – On the Conqueror’s Trail

We hope you can attend our Christmas Special online event on Tuesday 22nd December at 7:30pm UK time (GMT), when Historian David AC Maile presents ‘Hereward’s Last Stand!’
Five years after the Battle of Hastings the war between the Norman-French and the Anglo-Saxons was still raging in the swampy, inhospitable Fenlands of the East, where one of history’s mysterious shadowy figures, a soldier known as Hereward, was leading a resistance movement with its base at Ely Monastery against the might of King William ‘the Conqueror’.
Maile traces the Conqueror’s trail from Cambridge to Ely and analyses the sources to give a vivid description of the last days of old England and Hereward’s Last Stand!
You must be or become a member of the Hereward the Wake Facebook Group to attend at Facebook.com/Groups/HerewardTheWake where a link will be posted ten minutes before the start of the event.

Your Own Home
Category
Heritage
Online 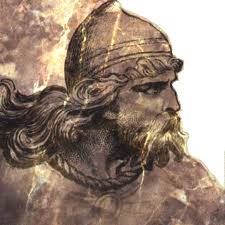